I read an article this morning… and another, and then another. I wanted to get the full story on the issue, at least what there is out there right now. I wanted to be informed. So here’s the deal.

On April 14, 2014 more than 200 teenaged girls were abducted from a girl’s school in Chibok, Nigeria. I’m going to guess you don’t know where that is. Neither do I. 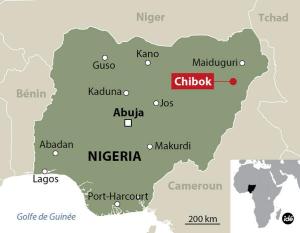 They were taken by a group of Islamists called, Boko Haram. I’m guessing you, like me, have never heard of this group of men. Loosely translated, Boko Haram means “Western education is a sin.” Not a very catchy name, but at least you know what they are against. They are against education of women, apparently. They are also against human decency, respect, and freedom. These men are the lowest of the low. The distaste I have in my mouth for these animals is sour.

These young women, innocents, were taken to be sold as child brides for the slime that makes up Boko Haram. I suppose if you are human slime, as these guys are, it’s hard to get a date with a willing person. I mean, how do you introduce yourself?

“Hello, I’m a member of a horrific band of militants who despises the fact that you are trying to educate yourself, and lift up your community and make a better life for yourself and your family. I don’t even know where my family is. In all likelihood, I was taken from my mother at the young age of ten and forced to become the animal that stands before you now. Want to get dinner sometime?”

I suppose if you are Boko Haram slime, stealing, or buying a stolen woman is about your only hope.

I find it disturbing that this happened almost two weeks ago, and yet I am only hearing of it today. Roughly the same number of people were lost on the Malaysian Airlines flight MH370 that was discovered missing on March 8, and we are still hearing daily reports and spending countless dollars in the search. Just two days after the Nigerian girls were taken, a South Korean ferry sank with 242 people aboard. The stories continue to flood in about that tragedy.

Yet there is hardly a word about the more than 200 young women taken in the early morning hours from their school. 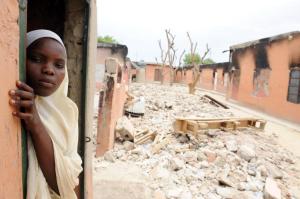 Awakened as they slept by scary men with guns who herded them onto trucks and sped away in the night, these girls have not been heard from again. Can you imagine their fright? Reports say that they were taken to nearby countries and sold for about twelve bucks apiece. There are rumors of mass weddings. Stolen innocence.

I struggle with this story. I am a mother. My daughter is sixteen. In my mind’s eye I wrestle to imagine what I would do if it were my own daughter; if my Laura were to be taken in that manner and for that purpose. There are reports of fathers, uncles, and brothers pooling their very limited resources to buy gasoline to fuel whatever they can find to ride into the Sambisa forest and find their daughters. These men are unarmed. How can they hope to succeed in their quest? So far, they have been unable to find anyone. It’s just as well. If they did find those militants, they would surely be killed. Mothers are forming protests to try to force the government to do something, anything, to bring their daughters back. 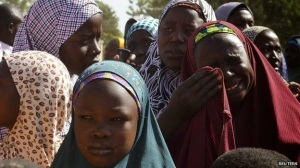 I want to do something. But how can I? I don’t even know where Chibok is. I can’t very well go over there and find those girls myself. But I want someone, somewhere, to do SOMETHING.

As I sat in church this morning, I realized I could do something. I could do a couple of somethings. First, I could tell you. All of you. And you can tell your friends. Share this blog, talk about what’s happened to the people you know. I didn’t used to think that was much count. Talking. What did talking ever do to help anything of this magnitude? But in this day and time, in this age of social media, it can make a difference.

The second something we can do is pray. I’m not talking about wimpy prayers either. God can do immeasurably more than we can ask or think, so the Bible tells us in Ephesians 3:20. So we need to be praying some BIG prayers for these young women, and we need to trust in our BIG God for some really BIG results.

I’m praying for their safe return, of course. But in the meantime, I am praying that every hand that touches any of those precious girls belongs to a man who feels ill with his every desire to abuse her in any way.

Get the picture? I pray that every time he begins to speak to her, that his words of hate and abuse are tangled and his speech is lost to him. I pray that these horrible men, whose minds belong to the enemy himself, begin to see the truth. I pray that the lies of the enemy that have caught them captive begin to shine with the falsehoods upon which they are based. These girls are prisoners, but so are the men who took them. They all need freedom.

I can’t go get those girls back, but I can do something. And so can you. Let your heart break for those things that break the heart of God. Let the volume and frequency of your prayers move Him to act. As Christians, we are the hope of the world, even half a world away.