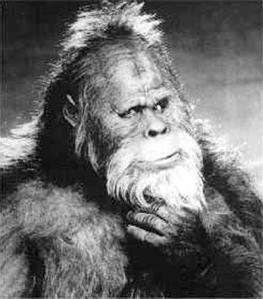 It may surprise some of you to find out that I like to watch Animal Planet’s “Finding Bigfoot” show. I just heard opinions of me slipping down all over the place. Try not to let them slip too far.

It’s really pretty astonishing that the show will soon start its fifth season. It’s astonishing because in four seasons they have yet to locate a Bigfoot… or any real evidence of a Bigfoot. The show’s hosts are a troop of “Scientists” who tromp across the United States in search of their elusive “Squatch”. (That’s insider lingo for Bigfoot.) Wherever there are reports of large unidentified hairy beasts roaming the country, this band of ragtag researchers shows up to investigate. They hold town hall meetings where those who have been eye witness to potential Bigfoots (Bigfeet?) in the area can come, and in a cone of safety, admit to what they have seen or heard, or think they’ve seen or heard. And the search goes on from there with renew vigor.

The team of researchers who relentlessly looks for evidence of Bigfoot are a part of a real life organization called Bigfoot Field Researchers Organization, or BFRO. The leader of this particular organization is Matt Moneymaker. I promise, I’m not making this up. Another of the researchers on the show is called Bobo. Honestly. Bobo is a pretty large dude, and in all four seasons of the show so far, Bobo is the closest thing to looking like a Bigfoot they’ve seen.

I can’t really say why I like this show so much except that I kind of like rooting for the underdog. I think it’s highly unlikely that they will ever find a Squatch, but what if they did? The more reasonable side of my brain is thinking that if Bigfoots really did exist there would be the taxidermied carcass of one hanging on some Alabama redneck’s wall already. And yet, I can’t help holding out hope for their success. For if there really is a Bigfoot out there, maybe there really is a Lochness monster, or mermaids, or unicorns! 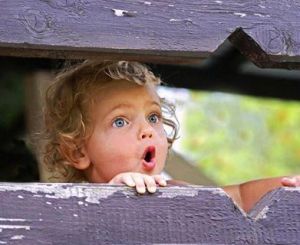 It’s that childlike wonder of belief that the Bible talks about. Remember when you were a kid and it was so easy to believe in something? Anything? Adults talk about kids and this easy believism as gullibility. We say children are gullible because they don’t know. They haven’t been deceived enough times to become cynical and suspicious, nor have their minds become so full of head knowledge that their spirit of imagination has died.

When the Bigfoot show first aired, my youngest son was nine and he was a believer. Now at thirteen, he refuses to watch the show with his mom. *sigh* I miss the days when he believed that maybe, just maybe, they would find a Bigfoot! Those were exciting days. Those were days of anticipation for what might happen!

I’m not suggesting that we all start combing the woods around our homes for Squatches, or that we alert Bobo and the members of BFRO to come check out what is most likely your hairy brother-in-law taking a stroll through the woods. What I am saying is that somehow we have to recapture that childlike wonder. We miss so many things that are wonder-ful because we have lost our ability to see them. If we spent a mere fraction of the time that Bobo spends looking for Bigfoot, looking for the signs and wonders from God, we might begin to recapture what we have lost and begin to see.

I want to see God moving. I want to continue to believe that he still does. How many times have we explained away the miracles of God? We must get back to the point where it is easy to believe again. Our heads are so full of knowledge about how this world works that we want to explain away the wonders of God. Do you remember the days when you believed God could do anything? Do you remember those days when you waited in eager anticipation to see him move?

Let the search continue… and behold the wonders of God.