There are occasions when a subject comes at me from several different directions, and I begin to get the feeling that the thing needs to show up here. A few weeks ago, I had the pleasure of catching up with a friend of mine who heads up a trafficking ministry in Charlotte, North Carolina called Compassion to Act. (You can check them out at www.compassontoact.org) They are the real deal.

I learned a few things from her during that conversation. Most men don’t wake up one morning and decide they are going to pay for a woman to have sex with them. What my friend and her ministry partners have discovered is the journey to buying a sex partner starts at home. On the computer. With pornography.

Pictures lead to videos, that lead to visits to strip clubs, and then prostitutes. For some, paying for prostitutes will lead to buying a ticket to Thailand to go have sex with a twelve-year-old trafficking victim. There are 27 million slaves in the world today. Most of them are in the sex slave industry. 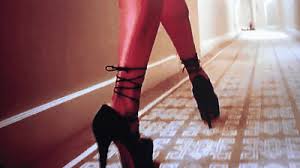 My friend tells me that when her team goes to the strip clubs to minister to the women who work there, they pass by the cars parked outside, many with child safety seats and toys in the back seat. These are married fathers with families back at home where their journey started. On the computer. These men have started down a road that is going to lead them and their families toward destruction.

We often hear about how homosexual civil unions are going to destroy marriage in America. The greater enemy of marriage in America is pornography. It used to be a pretty well controlled industry back before Al Gore invented the internet. (I thought you could use a bit of levity just now) Back in the olden days, a guy had to go to the store to buy his pornography where the good fellow had to risk being seen buying it. Then the magazine makers figured out they would get more customers if they offered home delivery. Sin always prefers privacy. So Hustler and Playboy arrived at the front door monthly in their brown paper wrapping.

Those were the days. T

oday things are different. The internet has made pornography so easily accessible that those who were too afraid to buy it at a store, or even risk having the magazine/videos come in the mail, can sneak to their computer under cover of night, and with a couple of mouse clicks, begin their journey into the pornography underworld.

As a forty-seven year old woman, I call foul on that one. There is no way I can compete with a twenty-five year old woman who appears physically perfect, and who seems to want acrobatic sex all day, every day. Men who look at pornography lose touch with reality. They lose their desire for intimacy with their spouses. Women who know their husbands are looking at pornography lose the respect they should have for him and also the desire to honor him. These are the two things men need most from their wives. No one in the marriage relationship wins with pornography.

Another lie the enemy tells us about pornography is that it must be okay if so many people are into it. It is true that many, many people have fallen prey to pornography. Line up one hundred men and nearly every other one is involved in it. But guess what? Line up one hundred women and nearly one in three are involved. The pornography industry has started capitalizing on women and drawing them in. Not a problem for you? What about those harlequin romance novels? The pornography industry realizes the female desire for Fabio, and they are giving him to her these days. So if so many people are involved, then it really must be okay, right? Is that what you are telling your teenager when they tell you, “Everybody else is doing it, mom.” Of course not. Stop believing the lie.

I think my most potent argument against pornography is not really its destructive effects on the family. My most potent argument against it is simply… “It’s about the girls, stupid.” I cannot imagine any sane man, even one caught up in pornography, would feel good about pulling up a photo or video online and seeing their own daughter there performing lewd sexual acts with a man for the whole world to see. And yet every woman shown in pornography, every woman dancing in a strip club, every woman caught up in prostitution and/or trafficking is someone’s precious daughter. And all of these girls were fearfully and wonderfully made by their heavenly Father. It was never his intention for them to be misused in this way. 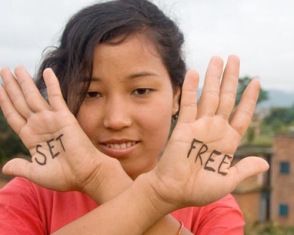 It must break his heart.

It must also break his heart to see sex that he created for private intimacy, within the context of marriage, degraded to animalistic selfish gratification creating a multi-billion dollar industry. Now I realize that every man who looks at porn on his computer at home will not land in a strip club, or find himself shucking out twenties to a woman he just had sex with. I also realize that most will not climb on a plane and fly to Thailand or Greece or wherever to have sex with an underage girl who is forced to service sixty men a day.

But if it all starts with pornography, and it does, and we want to end trafficking (i.e. the sex slave industry), then we have to stop it at its root. We have to stop thinking pornography is no big deal. We must shine the light of truth on this lie. Because it’s the truth that will set them free.