The older I get, the more I come to understand the scripture that says we must walk by faith and not by sight. (2 Cor 5:7) So often, what I see really stinks. Illness, poverty, war, and brutality. Trials. Those are the things I see with my eyes. Those are the things that break my heart. I wonder, do these things not also break the heart of God? Certainly, they do. But long ago, he gave us the choice. The choice not to follow him. The choice not to love him. Because love and loyalty that is not voluntary is not love or loyalty at all. So we live in a world where people turn from him and do what is right in their own eyes.

So what do we do about all the horrible things we see going on in the world? The situations that go awry in our own lives? We pray. We knock on the doors of heaven. We rattle the gate. We pull the attention of the heavenlies to our plight. And we come to the understanding that there is a greater battle being fought than the one we can see with our eyes. For now we see 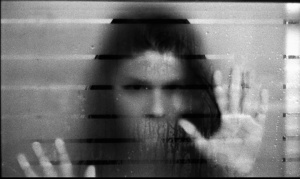 In Daniel Chapter ten, Daniel is praying and fasting. He is waiting to hear from God. Twenty-one days go by. By this time, Daniel is weak and tired. He is probably about to give up. Then, Daniel sees a man clothed in linen. Many believe the man was Christ himself. He tells Daniel, “Hey, I would have been here sooner, but there was this ‘prince of the kingdom of Persia’ I had to contend with. He was such a problem that Michael came to help me get past him to you. I heard you when you first began to pray. I’m sorry about the delay”.

So often when we are in the midst of our thing, we don’t understand the delays. The problem at hand, the trial we face, makes us impatient. We begin to doubt if anyone in the heavenlies is even hearing us.

There have been a few times that I knocked at the door of heaven so hard and long that my knuckles were bruised and bleeding. And still there was no answer. At that point, I decided if God wasn’t going to fix my issues, then I would do it myself.

When I think back now, I am embarrassed. There is a whole other world that we cannot see. It is the one that really matters. I thought God was late. I thought he did not understand just how critical my issue was.

Instead, all the while things were going on the heavenlies for which I had no knowledge. God might have been late by my timetable, but my situation worked out in such a way that I am still amazed. All of my efforts were fruitless. I mean, FRUITLESS.

Okay. I’m just going to have to tell you about it. I’ll try to be brief.

When we moved back to Birmingham, our family was in a bad way. I was concerned for my four kids. They had been burned by a church, and had no desire to be involved in another one. I had been hurt, too, but I knew that the local church was still the hope of the world, and the hope for my kids. It was the first time in their lives that their dad was not on staff at a church and they were lost.

We landed at a huge church. We tried not to, but God kept bringing us back to it. The youth group was 800 strong. No way was the youth pastor going to get to know my kids personally. Yet they needed that connection so badly. They needed someone to know their names. I began knocking. No answer. So I tried everything I could. You wouldn’t believe the things I tried to get my kids plugged into that church. It’s truly embarrassing. I finally had to let it go.

18 months later, my husband accepted an offer to join the Student Ministry staff there. If you only could understand how really ludicrous that is, you’d be smiling right now. Not only does the Youth Pastor now know my kid’s names, but all of the student ministry staff know them. My kids are more connected at church than I could have ever managed on my own, and better yet, they are more connected to God than I could have ever imagined they would be.

Just a few months ago, during the monthly student service, our Youth Pastor was delivering a message to two thousand students. My second son was on stage running a camera. Pastor Mark wanted a close up shot of something he was doing, and in front of two thousand kids, called my son’s name out loud. “Ryan, can you get a shot of this?”

This literally made me cry. Heck, I’m crying as I write this. We have been a part of this church for nearly five years now. It was a gentle reminder to me from God. “See? I heard you. There were just some things going on you couldn’t see. Things I had to work out and tend to first. But I heard your cries. All of them, and did you just see what I did there?”

I did see it. I wish that I had behaved with such faith back when I couldn’t see it. I think that’s the key. There are things we can’t and shouldn’t see just yet. But we have to learn to trust that these things take time sometimes. Keep praying. Keep believing. Stuff is happening.