When my kids were little, they would often come to me with tears in their eyes and a broken treasure in their hands. They would bring it to me just sure that the treasure was done for… except I could fix it. Their eyes would light up, and I grew just a little bigger in their minds. I would tell them, “Why were you crying? Mom can fix almost anything.” When they insisted on growing up a bit and started to school, their problems became bigger, or so they thought. Time after time they would come to me just sure that all was lost, only to find that in true fashion, “Mom can fix almost anything.” I would ask them, “Don’t you remember what I have told you?” 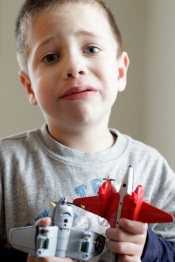 It wasn’t that I was really all that, I just knew more than they did about everything. (This before they became teens and suddenly knew everything.) Still, they came to me for help, but they were not always sure that I could really fix their problem like before. And yet, I knew the answer for almost every problem they faced. (That is, until they started fractions and math that included letters.)

As my kids have grown, I am happy that they still come to me when things in life are broken. Now we figure out a lot of things together. The older they get, the bigger the issues, though. They no longer come to me with a broken doll or toy car. We talk things through, discuss options, but in the end, the truth is, Mom really can’t always fix everything… as much as I want to.

Sometimes the storms are just too big. One day, the disciples who followed Jesus faced a huge storm. They were out on one of their fishing boats with Jesus crossing a large lake. A storm came up suddenly and threatened to capsize their boat. (Mark 4) While the disciples stood in fear of their lives, Jesus slept soundly in the front of the boat. They woke Jesus, and brought their problem to him. They couldn’t see a way out of their desperate ordeal. Many of them were fishermen, familiar with the ways of those waters. They believed they had good reason to fear.

But Jesus calmly addressed the problem, and with a word, the wind and waves became calm. Then he addressed his followers, questioning their fear. Did they not remember, or did they not know that He could fix anything? Had he not shown them again and again His mighty power? Even after living with Him, watching Him, and learning from Him, they still had no idea what He was capable of doing in their lives. 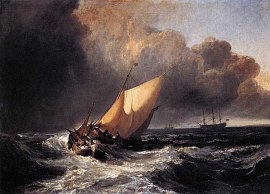 As His children, we still come to Him with our problems, unsure of His ability to fix them. No matter how many times we have come before, and no matter how many times He has been faithful to care for us, we still act as if we don’t know who He really is. Many of us face humongous problems. Sometimes we just can’t see a way out. Panic sets in, and we believe we are about to be swept away by it all. We thrash around and do everything we know to do, and all the while, Jesus lays sleeping in our very own boat.

Do we really know who He is? Do we really know what He is capable of? With a word, He can control what appears uncontrollable, so where does the doubt come from? Jesus stepped out of eternity and landed precisely in the middle of our problems. He knows suffering. He knows betrayal. He knows about hurt, pain, and trials. But what He doesn’t understand is our unbelief. What more does He have to do that He has not already done to prove Himself to us?