Gone with the Wind was an epic movie. And by epic, I mean long. Oh, it was quite a story about the Old South, but I don’t really know anyone whose ancestors lived on plantations and owned other people. About that time, my ancestors were trying to scrape and claw up enough of anything to survive. None of my folks were sitting on a wide front porch sipping a mint julip.

The Scarlet of Gone with the Wind lived a life of plenty, for all the good it did her. She was a wreck of a woman. Spoiled, confused, and pretty stupid really. It’s hard to believe they made a movie about such a pathetic woman, and that it became such a classic. Now I know I’m stepping on some fan’s toes out there. I know Scarlet had a few good qualities, and as soon as I can remember one I’ll write it down.

Scarlet might serve as a great example of how not to live our lives as women. One of her most grave life errors was in her divided loyalties. Scarlet loved both Rhett and Ashley. She saw the potential in both men. What she failed to see clearly was the wedding ring on Ashley’s finger. In the end, both men brought her sadness because neither could ever be what she had cooked up in her head that they were. 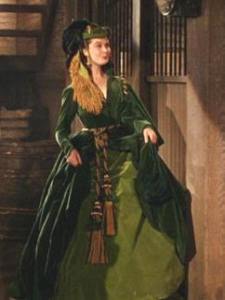 Scarlet O’Hara was just too self absorbed to be of much good to anyone. To Scarlet, people were merely placed on the earth to answer to her whims, men and women alike. She ran from one thing to the next trying to find something or someone to fill a void in her life that neither could fill. Eventually even Rhett saw the writing on the wall and with one last, Frankly Miss Scarlet, I don’t give a hoot, he was gone.

In the end, Scarlet lost everything she had been seeking. But a new day was dawning in the Old South and she saw hope on the horizon. I don’t know if Scarlet ever started looking in the right direction for fulfillment in her life, but I hope she did. Sometimes it takes hitting bottom before we start seeking the one thing that will truly fill that void in our lives.

There is a corny saying that we all have a God shaped hole inside of us. It’s corny, but it’s true. Even those of us who have met Him, sometimes try pushing other things into it, but they never fit. Relationships, jobs, money, security, things… In and of themselves, those are all good things. But when we try to find ultimate fulfillment in those things, we come up lacking.

We were created for relationship with the Father. Some people spend their whole lives seeking and never finding that which is right within their grasp. The Bible tells us that he stands at the door, knocking. It’s as easy as opening a door. For those of us who opened that door already, we still sometimes fail at inviting Him in to be the answer to all of our needs. Maybe a new day is dawning in your life. Maybe you are tired of trying to fill that void that only He can fill. Just turn around. Repent, the Bible says.

Southern women are strong women. Back us into a corner and you’ll see. My mom sometimes refers to that as being “mad as a wet hen”. When I was a little girl, I always wanted to throw water on a chicken to see what happened.

Southern women can seem to be all about appearances. It’s why women in trailer parks still get their nails done. It’s why you’ll never see a southern woman in public with wet hair. It’s why Scarlet made a dress from curtains. A true southern woman has the innate need to appear as though she’s got it all together. What most southern women know, though, is that we often do not.

I think we love Scarlet, in spite of her numerous failings, because we can see some of ourselves in her. She longed for the love of her life. She longed for happiness and contentment. When pushed, in true southern fashion, Scarlet could muster up some moxie and push through. That might be her only good quality. When she took those curtains down off the window and made a gown from them, I was so proud of her. It is also my favorite Carol Burnet sketch. Google it. You’ll laugh, I promise. 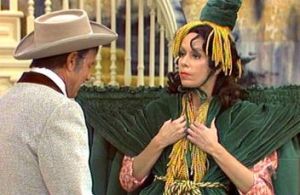 I am proud to be a southern woman. Because of my heritage, I am strong, resourceful, loyal, and gracious. But as a southern woman, surrounded by churches on every corner, I must remember from where my help comes. It doesn’t come from the nice, neat, nest I have built, the job I have, or the wonderful people in my life. It comes from my Father, who cares for me and provides for me.

“My soul finds rest in God alone; my salvation comes from him. He alone is my rock and my salvation; he is my fortress, I will never be shaken.” Psalm 62:1-2