When my kids were little, I thought obedience from my kids was ultimately for me. I figured well behaved kids would make my life a whole lot easier. It did. I wanted kids who would do what I asked, when I asked them to do it. They did. I wanted kids that I could take anywhere and not have to worry about bad behavior. I had that. I wanted people to marvel at my four kids, and how well behaved they were at a nice restaurant. Marvel, they did. 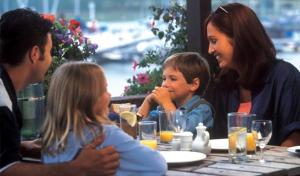 It was all very satisfying. I gobbled up the rewards of my labor like so many hunks of chocolate.

Having well-disciplined and obedient children is its own reward, but it is not an easy thing to accomplish. It involves consistency even when you are too tired to follow through. It requires a team approach with your spouse.

As I have watched my kids grow up, I have come to learn something about discipline and obedience. What I thought was a benefit for me, I have learned, is actually a benefit for them.

Imagine that, something that’s not about me.

Because here’s the truth, disobedience has far reaching ramifications in the spiritual lives of the children of God.

Take the story of King Saul for example. Saul was anointed king of Israel when the children of Israel insisted on having a King like all the other kids around had. They wanted a king with skin on. Finally, God said, “Okay, you can have a King. But you will eventually see why I should be your only King…” (My interpretation)

Saul was an okay King for a while, but a time came along when Saul had received instruction from God to annihilate an entire people, the people of Amalek.

This story of Saul is found in 1 Samuel, Chapter 15.

Saul chose to be disobedient to God in that he spared the Amalekite King (Agag) and the best of the sheep. In doing so, he only partially did what he was told by God to do.

Saul lost the blessing of God over his rule of Israel. But the effects of Saul’s disobedience didn’t end with just what he had done in that moment.

Stay with me. This is why well-disciplined, obedient kids aren’t about you, but about them.

In sparing King Agag, Saul set into motion a commotion between the people of God and the people of Amalek for generations to come. All the way until we land in the book of Esther, and meet a Jewish man named Mordecai. Mordecai was a multi-great nephew of King Saul, and because of what Saul had failed to do in obedience to God generations earlier, Mordecai would face, once again, the threat of Amalek through a man named Haman, as would the rest of the Jews.

You can read the story of Mordecai for yourself in the book of Esther. It’s quite the story. But in a nutshell, Mordecai and his niece Esther, because of Saul’s disobedience generations before, were set on a mission to save the entire Jewish people from annihilation.

If Saul had just done what he had been told to do, we might not have ever even heard of Mordecai or Esther.

Go read Esther. It’s the only book of the Bible that never mentions God’s name, but his presence and provision speaks louder there than perhaps any other book. It’s also where you will find one of the best lines in the Bible:

“And who knows whether you have not come to the kingdom for such a time as this?” Esther 4:14

Thankfully, Mordecai and Esther chose obedience, even in the face of huge personal risk, and the entire race of Hebrews was saved because of it.

What do Saul and Mordecai have to do with our kids? Why is it important that we discipline our kids and teach them to be obedient? Ultimately, it is not for the parent’s sake, although as already stated, it does have its perks. Teaching our kids obedience to us, teaches them, in turn, how to be obedient to God. If we fail to teach our kids the importance of obedience to us, they will struggle with obedience to their heavenly Father.

We want them to obey us, they must obey Him.

As I get ready in the next few years to watch my kids head out on their own, I will no longer need them to be so obedient to me. I mean it’ll be nice if they honor me in that way, but they will leave my house, and it will be oh so important that as they seek to lead the lives God has planned for them, that they do so with a humble and obedient heart to the Father.

But parents, if you want that for your kids down the road, you have to do the hard work of teaching obedience to them now. I know it’s hard. I know it is sometimes easier to give in and let them lead rather than follow. I well know the terrible twos and those teenage years. I concede that it is tough. But when we consider the story of Saul, and the ramifications of his disobedience to God, do we really have a choice here? We want the best for our kids, and that is found in an unwavering, unquestionable obedience to their heavenly Father.