Several years ago, I had a friend who was involved in an initiative that sought to bring women of different races, financial status, cultures, and creeds together across our city. The idea is that they would reach across those lines and learn what they had in common and where they differed.

What they found was that women, no matter what their backgrounds, had more things in common than not. That was great! It was on those commonalities that relationships were to be formed and social lines were crossed. It was a great idea, and it worked. Women are so smart. 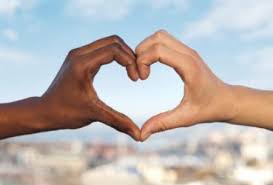 I was surprised, however, to learn from my friend that while many things were held in common, the way women look at marriage was one thing where there was disparity. For example, middle class women sought marriage for love, relationship, and hope of a future shared with someone they wanted to live with, you know, happily ever after. For lower middle class and poor women, they sought marriage for status, or to be able to say that they “had a man”.

A great deal of their identity was wrapped up in whether or not they could claim a male person in their lives. It mattered less to them whether the man was a good man, or even whether or not he loved them, just that he was theirs. Being alone was worse than being tied to a less than desirable male. As a middle class woman, it was hard for me to wrap my mind around that. 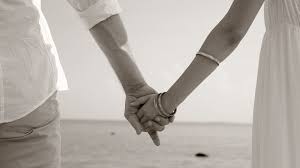 Matthew and I will soon be married twenty-six years. I love being married, overall. There are days, though, when I don’t like it as much. Sometimes I get frustrated with him. We are vastly different people. Our temperaments are at opposite ends of the spectrum. That can pave the way for trouble if we don’t watch it. You would think after 26 years that we would have all this worked out, but there are times that I am selfish and there are times that he is. I can be thoughtless with my words, and he can neglect my feelings.

Still, there is more that we have in common than not. And the biggest thing we have in common is the recognition that we entered into a covenant marriage that included a third strand. We invited God to be the glue, and let me tell you, it’s sticky. Nowhere in the Bible will you find anyone getting scot-free out of a covenant they made with God. They are binding, and they are forever. The consequences for breaking a covenant are terrible.

And just because you had a church wedding with a preacher doesn’t mean you have a covenant marriage. Lots of people are married legally, but are not in covenant marriages. A marriage license can be torn up and rescinded, a covenant, well, that’s entirely different. In Jewish tradition, when a covenant was struck between two parties, they would walk among and through the slain parts of a slaughtered calf. Ick. Why? They were saying that if the agreement failed, that the same should be done to them. Talk about some incentive to make it work! I don’t think this was a part of marriage covenant ceremonies as I can imagine it could dampen the happy, party-like attitude that most brides and grooms want for their special day.

But maybe there should be a piece of somberness on the wedding day, at least some soberness among the revelry. Most preachers who officiate at weddings admonish couples that marriage should “not be entered into lightly”. Few of us pay attention to that line. Most us figure what can be done, can be undone. But if you choose to enter into a covenant marriage, that’s a horse of a different color.

I had a new friend tell me that she wasn’t completely sure she believed that Matthew and I have as good a marriage as I like to portray that we do. I get it. People pretend. We hide our failures and put on a happy face. I smiled at her and asked, “So you are waiting for the other shoe to drop?” She said, “Yes, sort of.” It’s okay. She’s not been with me for the last 26 years to see it. She missed out on the rough waters in the beginning and the struggles along the way that have bound us together.

When I speak of Matthew to her and others, I paint him in a nice light. I don’t throw out his less than parts for the world to see. He doesn’t do that to me either. And here’s the thing. When I speak words of affirmation about him to others, I hear them, too. And that reinforces my own positive image of my husband. The power of life and death is in the tongue. I choose to speak life. (Proverbs 18:21) I’m not making this stuff up.

When he calls, I appear happy to hear from him. Because I am. He does the same. He never acts like my call is an interruption, even if it is. In my mind, no one is more important to him than me. When I see him, he greets me with a hug and a kiss, no matter who is around, and he is genuinely happy to see me. This, after 26 years. It’s intentional. Attitudes shape behaviors, but the reverse can also be true.

Marriage was God’s idea. It represents the best example of the love God has for his people. It demonstrates with a physical closeness the spiritual closeness God desires to have with us. Did you get that? Because if you missed it, you might have missed out on something far more important than a healthy marriage. A healthy, God ordained, marriage can lead us to a better understanding of spiritual intimacy with God. Mess up the marriage thing, and the other picture can become harder to see.

And that’s a great place to pause and ponder…