“Peace I leave with you; my peace I give you. I do not give to you as the world gives. Do not let your hearts be troubled and do not be afraid” John 14:27

It seems like the older I get, the busier life gets. There’s just always more. More activity. More responsibility. More opportunity. More, more, more. It’s enough to make a person go berserk. I’m not saying I’ve gone berserk, and I’m not saying I haven’t. But life is often enough to do that to a person. Maybe you’ve been there. Maybe you are there.

I was in Walmart last week, and heard this little kid have one heck of a fit. The whole store full of people could him screaming his little head off. I envied that kid just a little. No one seems to think much of when a kid hauls off and goes berserk. They just think, like me I guess, “Well someone’s not happy.”

But somewhere along about three or four years old, most of us are taught we can’t have our come-a-parts in the middle of aisle three at Walmart. So we just deal with it all somehow.

My husband and I have taken to watching The West Wing on Netflix. We never watched it when it ran originally several years back, but we really like it now. I would imagine that running the West Wing might be a little like it’s portrayed on the show. Lots of things going on at once. Many of those things being very important, and all of them needing prompt attention. Decisions must be made. Actions must be taken. Sounds like my life sometimes. But I notice that those who deal with the issues tackle them one at a time. They laser focus in on one problem, and leave the rest to marinate in line until it’s their turn for the attention.

That’s not what most of us women do, generally speaking. We like to multi-task. We’re women. It’s what we do. But I’m not sure that’s really so good for us all the time. I think it’s what gives us that haggard look at the end of the day. All that multitasking is bad for the complexion. And really bad for our general well-being.

So I’m trying out the laser focus thing. One thing at a time. Deal with it and move on. I know it’s kind of a manish thing to do, but men don’t seem to have that same haggard look in the evenings, so maybe they’ve got a good thing going. And just this week one of my co-workers noted that I was not as excitable as she thought I should be considering all we had going on that day. I considered that a good sign. 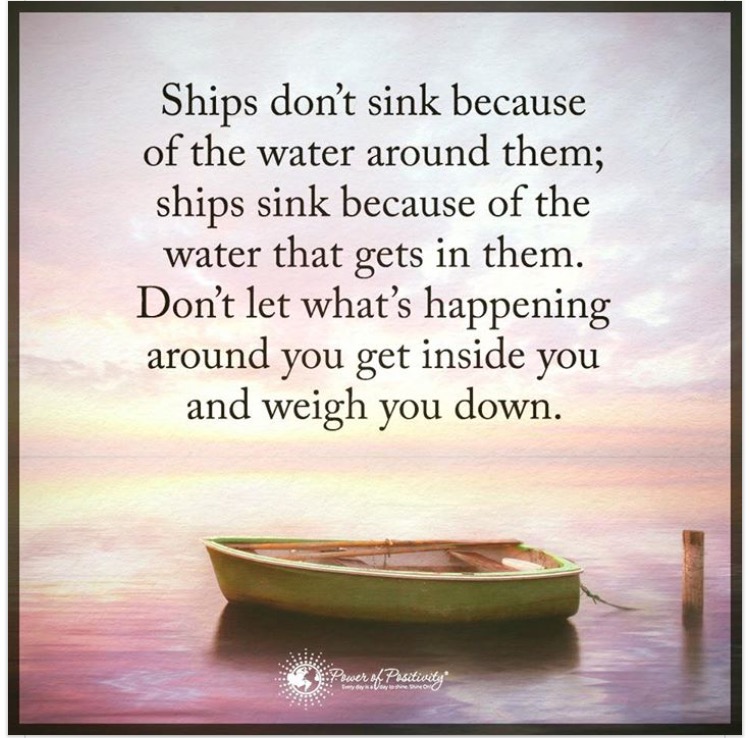 I like that. I think we can let all those things we have to deal with seep inside us sometimes, and that’s what leads to the meltdowns on aisle three. Or the ones our kids and spouses have the misfortune to witness at home.

Whatever our strategy for dealing with the “more” in our lives happens to be, we must remember that we have access to the “peace that passes understanding” (Philippians 4:6-7). The storms may rage around us, but we are in the boat with the Savior, and He’s got it all under control. The truth is, He’s the only one who ever has anything under control anyway. Any control we appear to have over our circumstances is just slight of hand or smoke and mirrors type stuff.

Learning to deal with the “more” in our lives will help us avoid those inevitable clean ups on aisle three. Finding peace in the midst of it all is the key.